Mycotoxins are toxic compounds that are naturally produced by certain types of moulds.

Moulds that can produce mycotoxins grow on numerous foodstuffs such as cereals, dried fruits, nuts and spices. Mycotoxins appear in the food chain as a result of mould infection of crops both before and after harvest. Most mycotoxins are chemically stable and survive food processing.

The most commonly observed mycotoxins that present a concern to human and livestock health include aflatoxins, ochratoxin A, fumonisins, zearalenone, deoxynivalenol, and T-2/HT-2. 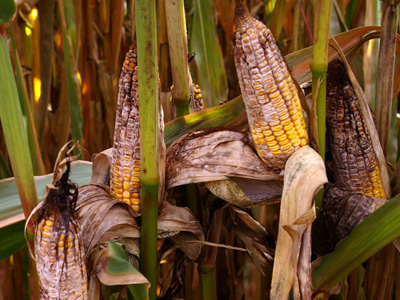